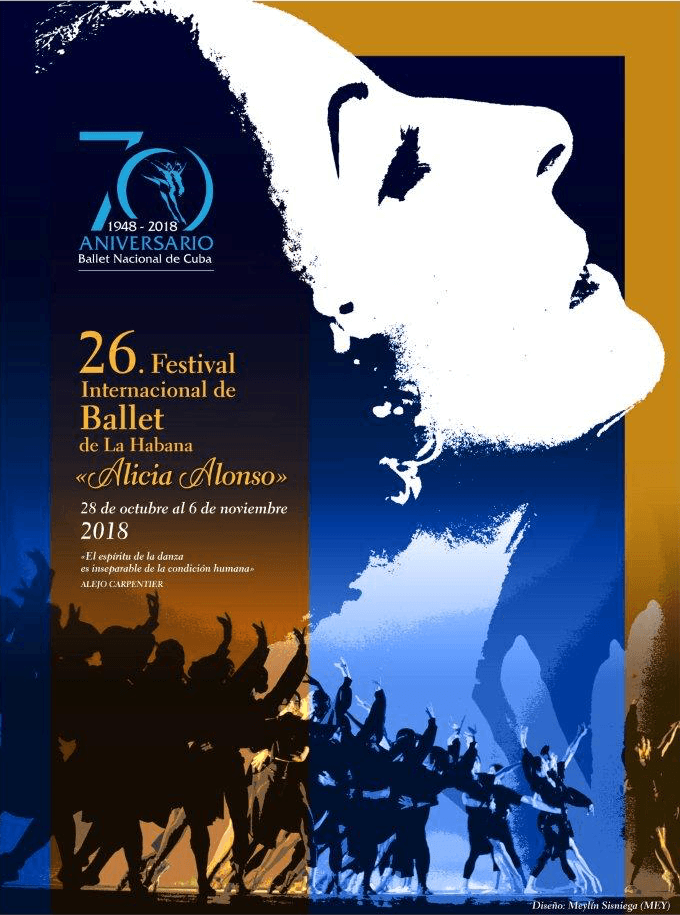 We just got a note from our friends at the Cuban National Ballet asking us to please publish the correct dates of the Havana International Festival of Ballet 2018.  Apparently the dates Google is publishing are incorrect.  So for the record:

The Havana International Festival of Ballet 2018 dates are October 28 – November 6.

Even if you’re not a huge dance lover, the Havana International Festival of Ballet is one of the funnest events you can attend in Cuba.  Don’t think for a minute that it’s a week of stuffy-snooty ballet.  They invite tons of dance companies of all different styles from all over the world, so the selection of performances is actually very eclectic.  And there are always chances for interaction with the dancers and choreographers on the sidelines, either informally at parties and receptions, or formally at the chats and panels they offer. It’s a really good event to customize your itinerary for our Long Weekend in Havana our our Eight Night Best of Cuba Trip.

If you want to go to Havana for the the Havana International Festival of Ballet 2018 please contact us right away.  The (correct) dates are coming right up, and our supply of seats and passes is limited. We usually sell-out.

If you want to read more information, here’s the rough translation:

One of the most traditional and prestigious events in the world of dance, with more than half a century of history, the International Ballet Festival of Havana “Alicia Alonso” will be dedicated, in its 26th edition, to celebrating the 70th anniversary of the Ballet Nacional de Cuba, host company of this important event. This event will be held from October 28 to November 6 and not as Google announces wrongly (we attach image).

This event, chaired by the prima ballerina assoluta Alicia Alonso, will bring together the first figures and the famous dance corps of the National Ballet of Cuba, along with stars and invited groups from other countries, who will star in the shows and will be interpreters of the premieres of choreographic pieces by national and foreign authors.

One of the particularities of the program is the great season dedicated to celebrate the 75th anniversary of the stage debut of Alicia Alonso in Giselle, which will be assumed by leading Cuban figures and stars of the world of dance.

Various actions will be carried out parallel to the Festival, which will offer as a special option a ballet technique course for professionals, teachers and advanced level students. There will also be exhibitions in galleries of the capital, and lectures, book presentations, and there will be various philatelic events, such as First Day cancellations alluding to the 70th Anniversary of the National Ballet of Cuba, as well as several remembrances about events that have to do with with the history of the company.

The 26. International Ballet Festival of Havana “Alicia Alonso” is a unique moment for artistic exchange between leading figures of the world of dance, personalities, critics, specialists and businessmen, as well as an exceptional opportunity for lovers of this event . Once again, this festival of choreographic art endorses the thought of Alejo Carpentier, who expresses: “The spirit of dance is inseparable from the human condition.”