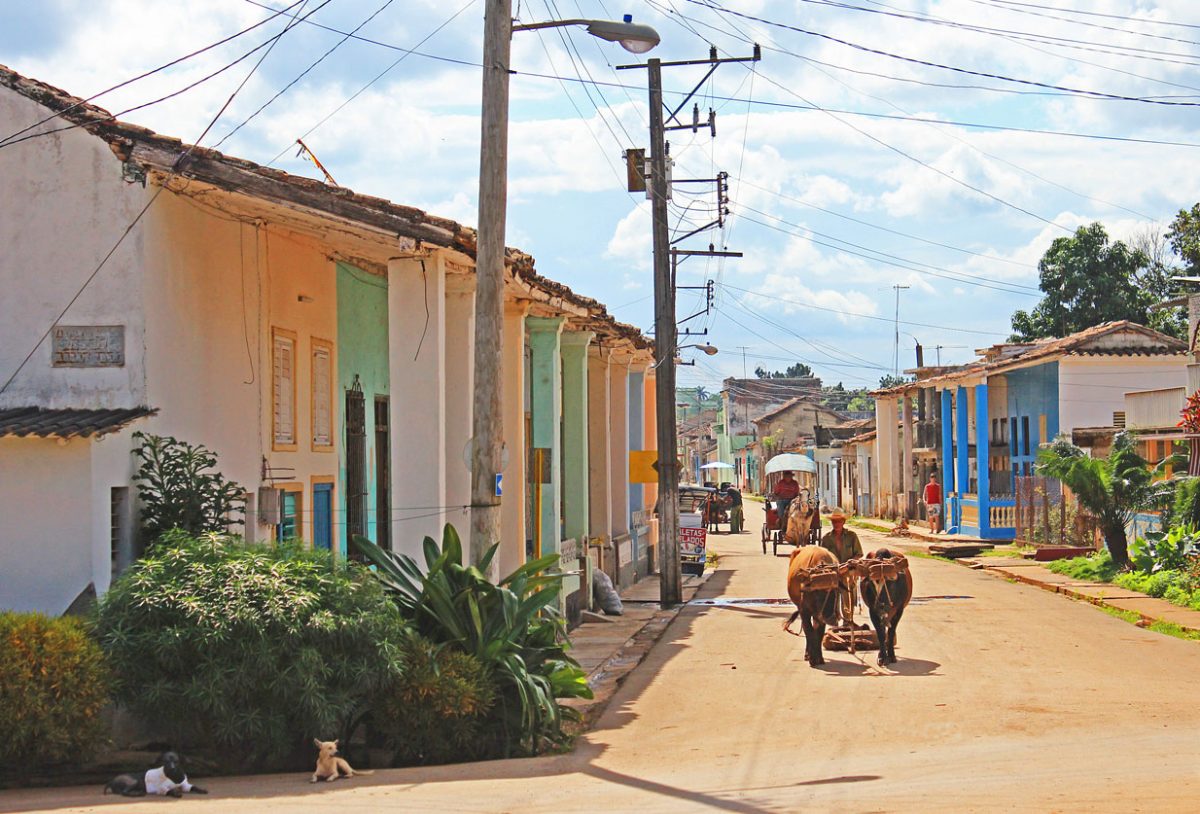 This is a guest blog post about the Parrandeas de Remedios is by Geovanny, one of our great guides for the Cienfuegos and the other destinations of Central Cuba.  Every Christmas he leads our clients to las Parrandas de Remedios which, as you’ll read below is one of Cuba’s great cultural events going back 200 years. Here’s what Geovanny has to say:

San Juan de los Remedios, was christened as the eighth village founded in Cuba, by the Spanish conquistador Vasco Porcallo de Figueroa, in the 19th century. Located right at the center of the Cuban archipelago, in the province of Villa Clara, Remedios as we call the town, is home to one of the most authentic popular festivals of Cuba’s Popular and Traditional Culture. Held every December 24 since the year 1820, “Las Parrandas de Remedios,” as an introduction to the Misa del Gallo or Rooster Mass, which transcends its spirituality at midnight, inside the warm ancestral walls of the church Parroquial Mayor of San Juan de los Remedios.

Every Christmas Eve, the town of Remedios mounts its celebration the Parradas de Remedios, dividing itself into two imaginary neighborhoods, “El Carmen” and “San Salvador”; who engage in a friendly fraternal challenge to show-off their aesthetic ideals, music, and popular zeal only for the pride of bragging rights, with living legacies. A whole artistic mix, is summed-up in the term “Parrandas” music, performances and dance, congas and most famously pyrotechnics, combining all of Cuba’s cultures from the aboriginals, the African slaves, the Spaniards and other Europeans, and the Chinese, all inherited through the centuries to the present. The celebrations take-over Remedios public plazas filling them with music and food and the “carrosas” parade floats of light and music every bit as vivid as the fireworks themselves. The Parrandas de Remedios nights are our national transculturation and seal this sociocultural phenomenon as a major event.

The Parrandas de Remedios are public feasts of light and sound and of course food are considered to be perhaps the most genuine and authentically Cuban of all our celebrations, preserved from the popular  and traditional culture of past centuries and declared Cultural Heritage of the Nation. Located in the North Center of the Island where the coffee and sugar, industrial economy of the area in the 1800’s a sociocultural and economic development that marks the balance between history and time.

Even if you cannot come for Christmas and the Parrandas de Remedios, on your journey through the Cuba, you should discover Remedios wan incredible small tropical town where dreams blend with reality,  magical colored energies, thus converting the city into a unique tableau for the enjoyment and spirit of one of the most legitimate and exotic festivities of Cuba.